i would put these in the nursery. chariot bookends(top) and moorish chest (bottom). i never used a changing table, but i reckon you could put a little cushion on the chest. from wisteria.
Posted by design dna at 11:17 AM 4 comments:

pearl tea pot by tania radda.
Posted by design dna at 5:20 AM No comments: 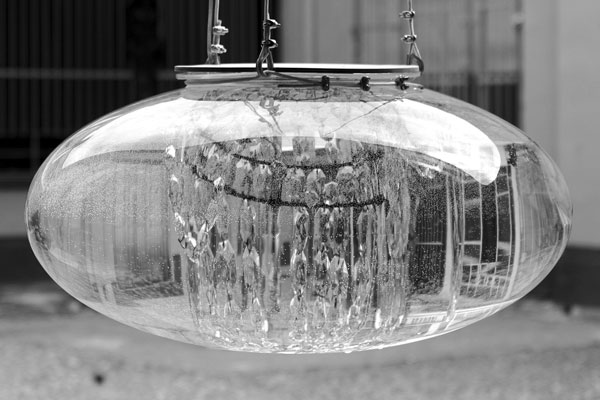 i have been hanging on to a photo of the blackbird light for a couple of years. i should order one already. i REALLY want it. made to order by by jess shaw. 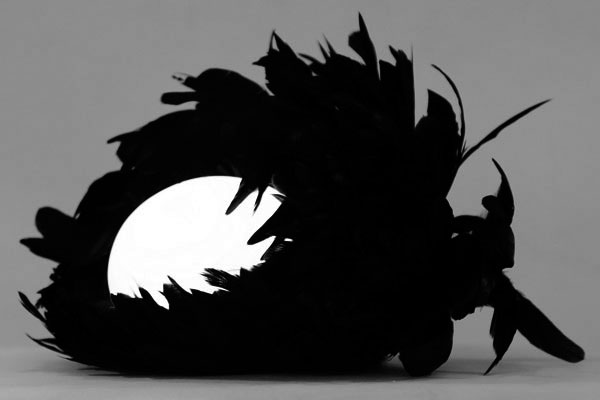 blackbird, my favorite
Posted by design dna at 4:51 PM 3 comments: i get up in the morning, get into my big metal car and head out into the asphalt and the buildings and the street signs. these two wake up, throw a colorful embroidered blanket on their yak, and set off through the woods listening to their footsteps, the yak's bell, and the rush of this beautiful place. photograph somewhere in south west china by guillaume de laubier.
Posted by design dna at 10:33 AM 4 comments: photograph by stephen clement for residences.
Posted by design dna at 10:18 AM 1 comment:

BRILLIANT!! BRILLIANT!! i think these are so exciting, they give me butterflies in my stomach. maschinenleuchten (machine lights) by frank buchwald. of them he says:

"for me, the idea of the machine lights developed over many years of dealing with the nature of modern technology, especially the mechanical artifacts of the industrial age. it is associated for me with the realization that an independent reality which withdraws itself from human access, exists behind the manifest appearances of mechanical objects and secretly determines the world of the machines." …excerpt from a conversation with the philosopher gerhard schwarz, berlin, february 2005. jean-louis deniot rolled out my favorite color combinations in this little apartment. his portfolio is fantastic and the jim thompson fabric on the bed cushions really knock me out. a silvery blue giraffe. love it. photographs by xavier bejot for maison francaise.
Posted by design dna at 7:39 AM 4 comments:

koike shoko making waves in male-dominated japanese ceramics. she had a nice boost early on from the fabulous kenzo takada, whom her father had taught in the 60's.

daiichi arts
Posted by design dna at 10:19 AM 2 comments: i am so taken with this bird. i want to pick it up. i love the curves and the patina and the strange way it sits on backwards knees. it is so pretty for a bird that is not so pretty. i can not explain it. silver and gilt wood, first century bc.
Posted by design dna at 10:37 AM 4 comments: Posted by design dna at 5:29 AM No comments: i LOVE the art direction for this byzance article "show fear". these two pages face each other. absolutely brilliant. byzance, march - april 2007. Posted by design dna at 5:11 AM No comments: consolle cheval by the entirely self-taught hubert le gall. and while you are there, check out the design profiles at the robb report. you could post forever off that page!
Posted by design dna at 6:36 PM No comments:

sybil andrews 1898 - 1992
born in suffolk in england, andrews was trained in the modernist style at the grosvenor school of modern art in london. she became part of a group of artists who worked in the lino-cut print medium and who embraced a modern expressionist style. the lino cut print was a new medium having first been used in 1912. this group of print makers, led by claude flight, were considered to be avant garde and experienced some antagonism from the traditional art establishment. andrews favored subjects which were ordinary in and of themselves, portraying them in a dynamic expressionist style. of her medium she says, “(it is) the greatest teacher of all...you are forced to simplify your idea to its fundamentals." - Sybil Andrews
Posted by design dna at 5:41 AM 1 comment:

interesting lighting by ombre portee. the mobile/wall light below is the best candidate for a little do it yourself i have seen in ages. i would not choose the cupid motif but i have to applaud their creativity. i REALLY love the concept.

Posted by design dna at 9:19 PM No comments: and because it's pretty, a pair of exceptional rectangular verre eglomise panels (glass painted from behind) from the ocean liner the s.s. normandy. france, circa 1934 by jean dupas, executed by jean-charles champigneulle.
Posted by design dna at 5:41 AM No comments: Posted by design dna at 1:58 PM No comments: handsome, handsome, sideboard of leather over steel and brass. jacques adnet c.1950. i can not afford it. illuminated sculpture by valerie boy. you must visit the website to see the more interesting work. i like the sculptures luminueses and the light cushions in particular. very creative. lucky by andree putman. love it, but wish the outsides were red and black too. for gaia and gino.
Posted by design dna at 9:20 AM No comments:

a couple sets of these flower sticks by arik levy (above) would look great in my huge 15" waterford vase (below). i would fill them with heirloom roses. the vase is so huge and the style never speaks to me so it lives by itself in the far reaches of the lower cabinet. arik may have just the ticket to coax her out. i also appreciate his crumpled up crystal candlesticks.
Posted by design dna at 8:44 AM No comments: